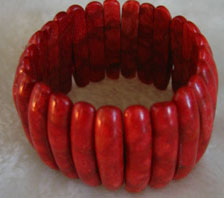 In the face of the amazing increase in Red Coral, gold had to â€œcompete and bow downâ€. Less than a year later, red coral prices have doubled or tripled, making Red Coral the â€œkey targetâ€ for speculation. However, in the eyes of people in the industry, the speculation that Red Coral has received in recent years is somewhat irrational, because red coral is more constrained as an investment type than gold's liquidity and liquidity.

The earthquake provoked prices soared. Industry insiders said that the rise in red coral prices began in the 2008 financial crisis. Red coral prices have soared 7 times in three years. This year, the growth of red corals is particularly alarming, and prices have doubled or tripled.

According to Lin Jinxi, president of the China Association of Commercial Correspondence Correspondence Research Society, the red coral's gains this year are also somewhat unexpected. "Accelerated by climate warming and other factors, the growth rate of corals has become slower, and this year's Great Earthquake in Japan led directly to gem grades. Red coral prices soar." An industry source stated that the price level of red coral is much higher. The thing that last year was about 1,000 yuan has now risen to three or four thousand dollars.

Sales data from merchants also objectively confirms the popularity of Red Coral. Fu Wei Dehong Coral Co., Ltd. responsible person Qu Wei told the Morning News reporter that this year's turnover has increased by 30% year-on-year, the most obvious change is that the purchase of large customers is increasing, these large prices from more than 100,000 To hundreds of thousands, including red coral ornaments and beaded. As for the source of speculative funds, Qu Wei said, â€œIn addition to Beijingâ€™s collectors, sales in Shanxi, Inner Mongolia, and Northeast China are very good.â€ According to Wang Xiaohong, executive director of the China Jewelry & Jewellery Industry Association and Wang Feihong, general manager of Wangfujing Gongmei Building Arts & Crafts Mall, although the price is high and the market is small, Red Coral is still sought after by rich people and collectors. The sales of imported red coral merchants are very impressive."

The scarcity of liquidation channels into mainstream scarcity is the biggest selling point of Red Coral and the main reason for attracting speculative funds. According to collectors, the rise in red coral prices has been driven by gold and jade. â€œIn recent years, more and more hot money has flowed into the jewellery market, leading to higher jewellery prices, while red coral has become the gold, jade, and Hetian jade. After the diamond, another round of speculation hot spots." However, the weak liquidity of Red Coral has greatly limited its ability to become a mainstream investment. The reporter learned that at present, the circulation and realisation of red coral are mainly concentrated in private collectors and auctions, and only the top red corals can be sent to the auction, most of which can only be circulated in the â€œsmall circlesâ€ of private collectors. . The relevant person in charge of the China Pawnshop stated that at present, red coral is not the mainstream variety of pawn. "The red coral with too high level is not worthwhile to the pawnshop, and the pawnshop with too low level will not accept it." The Morning News reporter learned that in recent years, some red coral merchants have introduced â€œrenewal tradesâ€, but the way is still scarce.

For the collectors of red corals, the monotonous approach does not hinder their enthusiasm for red corals. "The market is in development, and gold's repurchase path is also very simple before." A collector told the Morning News reporter. Experts pointed out that the integrity and naturalness of corals are the most important factors in determining their value. â€œThe collection of red corals should take into consideration the aspects of color, size, weight and craftsmanship. In addition, the merchants must issue an authoritative identification certificate accompanied by a national prefix. â€

The crystal accessories for Chandelier decoration.

We offer various design for the Chandelier Drops,also the different metal parts.

octagon beads or square beads connected with a crystal pendant. 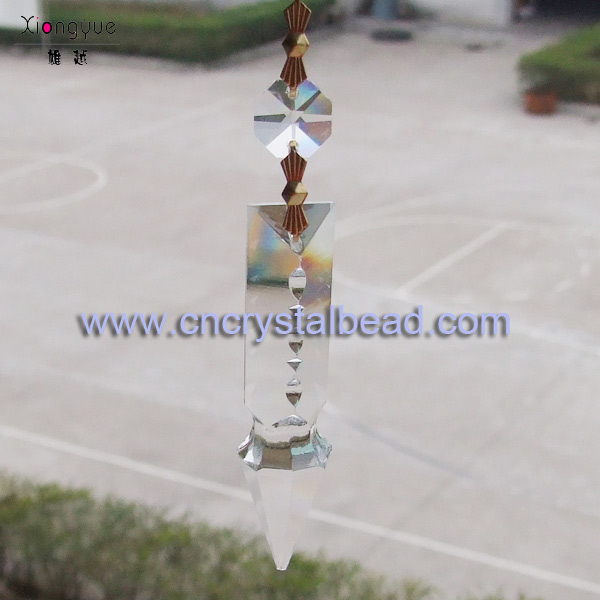 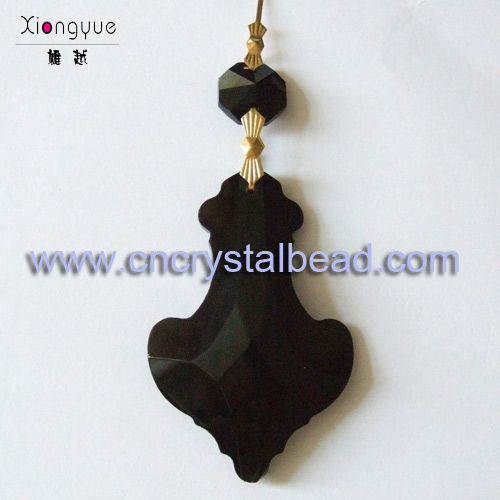 Xiongyue Crystal Manufactory is a company who is focused on the production and sales of Crystal Glass Beads, chandelier accessory, Crystal Beaded Curtain for jewelry making and decoration.

1. Our products are material differences with ordinary glass is used made of optical glass, the transparency of glass is very good, and the texture is Perfect.

2. The fashionable design and generous style has attracted a lot of customers.

3. Gasp popular tends, continues to push out the new product to meet the market

4. A rich commodity style offer a huge space to our customer to selection

5. Most of goods have more than 30 colors