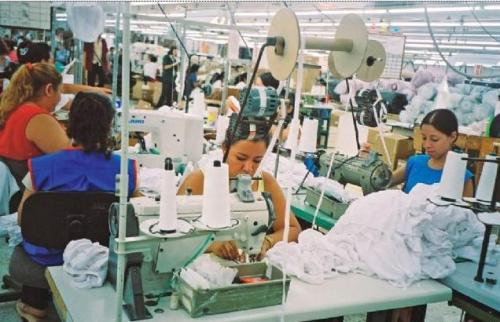 Business News Agency September 26 hearing Chinese textile and apparel industry people worry that the future of textiles and clothing will lose their original competitiveness, profit margins will also be greatly reduced. It is unlikely that the Chinese government will introduce relevant measures to promote the development of textiles and clothing. Therefore, this trend seems to be irreversible. Li Fuyang, an analyst in the textile industry, said: â€œThe current economic policy focuses on the production and research and development of high-end clothing and products. Many companies have begun to shift to this aspect. The production of low-end basic clothing has been neglected by everyone. Its added value is not high."

At present, the cost of raw materials and labor in the Chinese market has increased substantially, and many buyers have sought to lower prices and many manufacturers in the Pearl River Delta have started to close down. The current situation is that these factories have begun to shift to inland cities and the west, but this will inevitably lead to higher transportation costs. Li Fuyang said: "If the government does not issue any new policies, this industry is likely to disappear within 10 years."

Rick Helfenbein, president of Luen Thai USA, said he still believes that China will be the largest apparel manufacturer, but his company has begun to purchase clothing from other countries.

The reduction of China in this market is a great benefit to other countries, and Vietnam and some countries in the Western Hemisphere will benefit from it. In the past 12 months, Chinaâ€™s share of apparel imports in the US market has fallen by 40.8%, while exports from the Philippines, Indonesia and other countries have apparently increased.

In July, Vietnamâ€™s garment exports rose by 6.6% to US$ 2.6 million. Kevin Burke, director of the American Apparel and Footwear Association, said that he has come into contact with many businesses from the Western Hemisphere, especially those countries that have signed free trade agreements. Honduras, Dominican Republic, etc. Burke said like VF Corp, Hanesbrands, Levi Strauss & Co. And other companies have begun to seek new procurement channels in these countries.

Some manufacturers of high-end clothing, especially yarn products, have begun production in the United States. In August, the number of employees in the US clothing industry increased by 1,100. For these manufacturers, the production of clothing in the United States is more efficient than overseas, and many people reduce costs by placing orders at the end of the season.