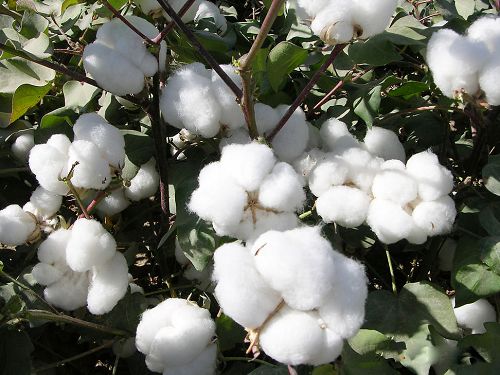 The relevant departments such as the Ministry of Finance of the People's Republic of China and the China Textile Industry Federation are conducting research on the policy of direct subsidies. It is expected that the pilot will be launched later this year and will be officially promoted next year.

The report quoted authoritative sources as revealing that senior leaders have stated that "the current policy of cotton collection and storage can no longer continue." It means that the policy of direct supplementation of cotton has entered the â€œpregnant periodâ€, but â€œhow to make up for it, how much to make up it, and how to ensure that subsidies are in placeâ€ all require careful consideration and thorough design. This breeding process will inevitably be complicated and difficult.

The report also stated that the cotton purchase and storage policy that was initiated in 2011 was in response to the sharp fall in the price of cotton to protect the interests of cotton farmers. Today, this policy that has been implemented for nearly three years has reached a point of Retired point.

Should be "robbered", one is "market robbery", that is, excessive intervention in storage policies, resulting in weakening of market mechanisms, high-quality cotton supply is insufficient, cotton textile companies survive due to costly abnormalities; second is "grey robbery", that is The storage policy and the supporting imported cotton quota management system have been distorted in implementation and have given rise to grey areas such as rolling cotton and quotas for resale; the third is â€œcapital robberyâ€. Such a huge amount of money is huge, and the cost of daily inventory and warehouse management is huge. The loss is even hundreds of millions.

At the beginning of implementation, the cotton purchasing and storage policy did play a positive role in supporting the market. However, as the policy continues to be implemented and the breadth of collection and storage is increasing, the supply of cotton in the market is in short supply, and the goal of benefiting cotton farmers has not been reached. Injured the textile company's business demands.

Gao Yong, deputy chairman of the China National Textile and Apparel Industry Federation, said: â€œOnly the implementation of direct subsidies for cotton farmers can break the existing difficulties of the cotton industry. Currently, the competent authorities are studying the details of the policies, and the next step may be piloting. One year later, it may be promoted. Xinjiang is one of our recommended pilot areas."

At present, the transaction of reserve cotton is quite deserted. As of July 16, the cumulative total listing volume was 12,137,004.91 tons, and the cumulative turnover was 2,989,331.453 tons. The total turnover was only 24.63%. Gao Yong pointed out that the reserve price was too high, which was about 19,000 yuan/ton, which caused the overall volume to be light. The quality of cotton collected in the 2012/13 cotton season was very poor, and the recent operating efficiency of textile enterprises was low and liquidity was insufficient.

After achieving direct subsidies, the labor productivity of the cotton industry will eventually need to be increased. The current small-agricultural economy-style cotton cultivation industry must be developed in the direction of large-scale and mechanized production, making China's cotton industry competitive.